The Story Behind “Startup Pregnant” 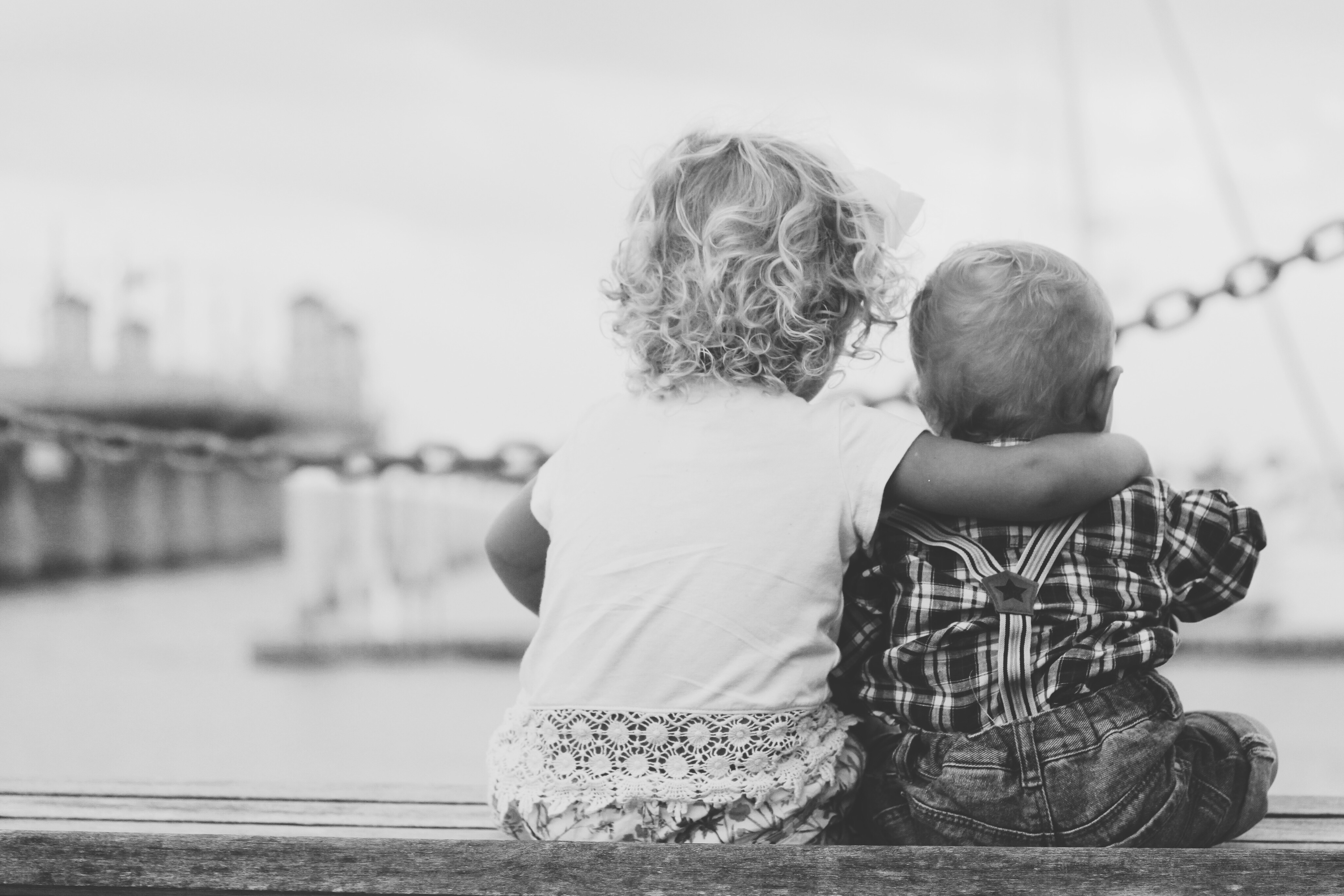 When I contemplated getting pregnant, I thought that it was the right time.

I had worked intensely in the corporate world and as an entrepreneur for over a decade, I was still sufficiently afraid of the proposition of becoming a parent (and unsure what it would look like), and yet I also knew that I didn’t want to start my family too late in my life. Just shy of 32, I hope to have at least two kids in my lifetime. And I knew from friends that getting pregnant was not a certainty. For some friends, it took a year (or longer); for others, they never could conceive. The idea of freezing my eggs, while making national headlines as a benefit for employees at Apple and in the Military, still seemed risky to me. And I knew that if I waited until my late thirties or early forties, and it didn’t work out, I would always wonder what might have been.

So, just after moving to New York City and only nine months after joining a startup team, my husband and I decided to start trying to make our first kid together. I thought it might take us as long as six months; I also knew somewhere in the back of my mind it might happen faster or slower. We got pregnant right away.

With all the focus on the act of getting pregnant, I wasn’t prepared for what would happen next: I was surprised by how overwhelmed I was, and how hard it was for me to understand my new role as a pregnant, vomiting, and exhausted woman — and later, as a new mother.

It felt as though my identity as an independent, confident, capable (and athletic) person was slowly slipping away, and everything was fast fading out of my control. Far from the blissful, exciting, wonderful times I’d heard it could be, I felt sad, scared and confused. To top it off, I showed up at my place of work, an 8-person startup, feeling at times like a liar, a fraud, or a fake. Who was I kidding — was this even possible? Was I crazy for trying to do this?

Yet like in all zen practices, becoming pregnant while trying to grow a business from the ground up, I found an unexpected parallel between the journey of pregnancy and the decisions I made in my day-to-day life.

The overwhelmingness of uncertainty was coupled with a deep sense of peace; the idea that neither endeavor was entirely in my control, and all I could do was show up, as best I could, each day. While it wasn’t easy for the most part (I had a somewhat difficult pregnancy), it became one of the deepest transitions and reorganizing principles in both my professional and personal life. Interestingly, getting pregnant shifted my focus, but not in the “I never want to work again” kind of way that employers often fear. Instead, I became more discerning about the decisions we made at work, I gained a clarity and focus I’d never before experienced, I wielded a new power over my command of the word “no,” and I quickly adopted new strategies to get people aligned around negotiations. Strangely, I was surprised to notice that getting pregnant made me a better leader, and a more efficient employee. At the same time, working at a startup made me a better mom.

Along the way, I began to notice how many young leaders, often men, had no idea what to say, do, or think about pregnant women. At best, they’d hem and haw some small recognitions; at worst, they’d ignore my ‘condition’ entirely or make tactless jokes about a woman’s place in the world. There is a scarcity of women leaders in the tech world, and “pregnancy” still seems like a word we’re all for some reason afraid of; pregnancy is something to be avoided and delayed or warded off against at all costs. In the startup world as well as the larger corporate arena, pregnancy is seen as a burden, a choice, a separation of paths. You are either a mom or an entrepreneur, not both. Most news headlines and stories are designed to horrify you or hide you away.

Where were the powerful women leaders staying calm and focused, even amidst the leaky boobs, the chaos of nursing, the hormonal swings, the burgeoning belly?

Where were we, collectively, men and women alike, cheering women on and learning from the most powerful life force of all: growing and incubating a new human life? And why, why weren’t we tapping into the profound power and wisdom of this feminine energy and learning from it?

As Anne-Marie Slaughter writes, we readily cheer on the person who trains for a marathon alongside his startup or high-powered position, assuming that “he is ferociously disciplined and willing to push himself through distraction, exhaustion, and days when nothing seems to go right in the service of a goal far in the distance.” Our cultural assumptions are “that he must manage his time exceptionally well to squeeze all of that in.”

Yet when it comes to pregnancy — something as equally rigorous and ambitious as training for a marathon — we don’t hear that these are impressive, powerful, dedicated women. That these are women who have life lessons of toughness, tenacity, voracity, and life-wielding power. No, the stories we tell about pregnant women speaks volumes: our cultural narrative renders them as distracted, unfocused, or a burden. Why?

Rather than stay quiet, I wanted to talk about these ideas, describe this experience, and share my notes with my CEO and our leadership team. We began having conversations about how this powerful transitional experience, not too much unlike participating in a yearlong Executive MBA program on the side, taking on a position as an advisor or board member, or adopting another extracurricular activity, would yield benefits to all of us in terms of recreating and innovating within our work culture. What if pregnancy could be rebranded and recast as the remarkable, life-changing adventure it is, and we could cull/cultivate/glean its wisdom and apply it to the startup landscape? We cling to analogies of growth, cultivation, and wisdom from all endeavors of life and apply them desperately to our business struggles. What if the weeks and trimesters of early human life were itself a profound analogy for business needs?

Clearly, hiding women away when they get pregnant isn’t doing much for our economy.

Much has been written about the benefits of embracing women in leadership positions and throughout the workforce: when women are in leadership positions, company profits grow. When startup founder teams include women, the startups are more successful and more profitable. Women-owned business represent the fastest growing group of entrepreneurs across the country (“Overall, the number of women-owned businesses grew by 74% between 1997 and 2015—a rate that’s 1.5 times the national average,” according to this report). Women today own 30% of all businesses in the U.S., and the rate of business creation will continue to grow as we embrace women in leadership positions. “Businesses with a woman on the executive team are more likely to have significantly higher valuations at Series A (64 percent higher), and significantly higher valuations in their last funding round (49 percent higher).”

Not only is this good for business, but “women entrepreneurs in the United States rank their happiness at nearly three times that of women who are not entrepreneurs or established business owners,” according to Lisa Calhoun in Inc Magazine online.

Beyond the obvious economics of embracing women into the working world, especially in entrepreneurship, businesses still have a lot to learn through understanding the unique challenges and opportunities of pregnancy and motherhood, and how the valuable lessons of the world of parenting and motherhood can shape and inform startup culture. When we design businesses to support women and families — including parental leave practices, cultural changes, and business innovations — this opens the door for twice as many capable, talented, contributing employees, leaders, and future entrepreneurs. Across the data and research, as well as through the conversations I had with leaders and entrepreneurs daily throughout my journey in the startup world, it became obvious that we need to stop keeping pregnancy quiet. Instead, we might trust that the smarts of CEOs and startup entrepreneurs and pregnant women could wield a new powerful language, if we are willing to start the conversation.

Back to work after No2 and experiencing what drives many US (and other countries that don’t have great mat leave policies) Moms to stop BF: in 1.5 weeks back I’ve had to walk away from multiple opportunities to shine with key leadership because I have to pump. Yeah, that nicer-than-average Mother’s room is great, but it doesn’t help with this basic conundrum.
I’m also significantly less productive in the office because of pumping – I have to plan to be in that Mother’s room at least 90mins of my day. And I have competition for key times. And then there’s the whole attempting to take calls or do other work in the Mother’s room whilst pumping. On top of that I have to be thinking of the logistics (Do I have everything? Did I put it in the freezer? Did it all get packed correctly?).
As a manager, I find this situation beyond frustrating. Not that I didn’t realize, but now it is poignantly clear why employing childless men and older women are prioritized, especially in fast-moving, high-stress roles.
Rant done. I thought that this might provide some fodder for later chapters. 😀