When Other Women Ask Me “So, Do You Work?”— Here’s What I Need To Say

I remember exactly where I was the first time it happened. We were in someone’s backyard. A bunch of kids were playing together on the swing sets and sliding raucously down a slide. We were engaged in banal small talk when she said it. I honestly think I froze in disbelief because it was 2021 and the last question I anticipated hearing was:

My face looked like that emoji where your eyes are busting out of your head. The person asking me this was my age. She was my age! Once I got over the initial shock of impropriety, I became curious: What was she actually asking?

The next time someone popped the “do you work” question, I was prepared. This time the woman volunteered that she had three children and did not work herself, which is why she was asking. I looked at her sideways and began my inquisition.

Who keeps the mental tally of which kids prefer which snacks? I asked who knows when and where soccer practice is, and who transports the soccer kid to soccer practice? And who is responsible for figuring out what to do with the other two kids while the soccer one is at soccer practice? I asked who is aware of when kid #2 needs a new winter coat? I asked who writes thank you cards, buys presents for birthdays, and keeps up with grandparents? Who notices that kid #3 is afraid of rain and kid #1 is struggling with reading? Who schedules doctors appointments (and who attends them)? Who RSVPs for playdates? Who notices when food is running low? Who keeps tabs on whether there is clean underwear in the closet and everyone has brushed their teeth?

In my experience, these tasks are rarely shared equitably between partners in homes that maintain a “traditional” structure, where one parent makes money and the other parent manages the domestic sphere. My suspicion was confirmed when this woman answered, “Me. I do all those things.”

“How is that not work?” I asked, genuinely curious.

“I mean, it is, but it’s not like I’m going out of the house and making money.”

“I’m not sure what that has to do with work,” I replied.

Devaluing domestic labor is an American cultural relic I naively thought only men did. But this question was coming from women my age with an alarming frequency that had me wondering what exactly was going on.

What do we mean to ask when we ask other women if they are working? 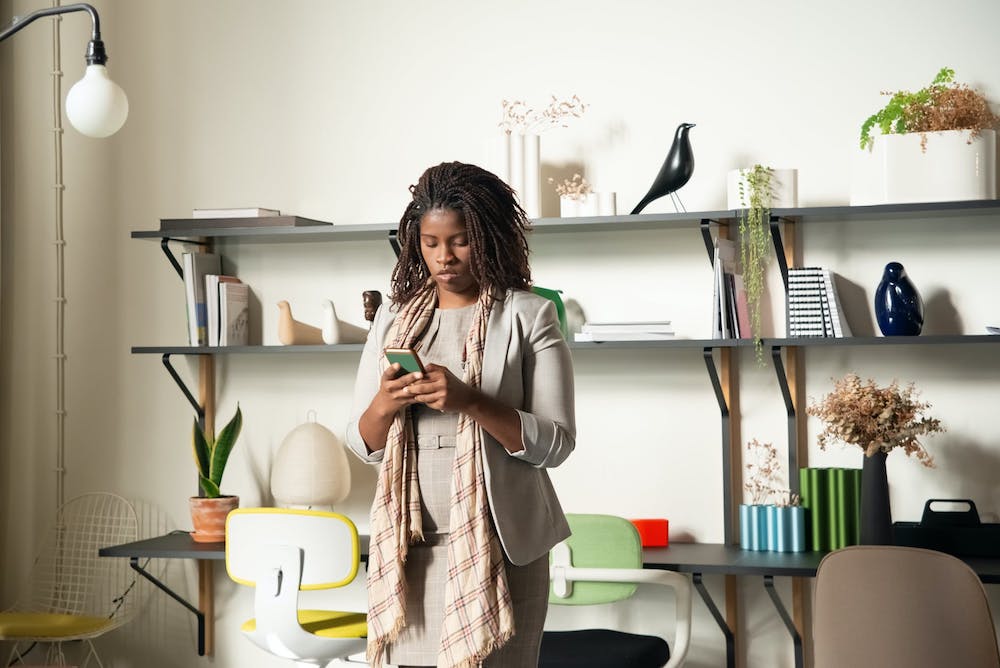 What do we mean to ask when we ask whether or not women are working? Are women (like my new friend implied) looking for belonging and solidarity and trying to find other women who “aren’t working”? Do we seek to confirm a suspicion about that person’s socioeconomic status? (Probably.) Do we think we’re being polite? Or (my personal suspicion) are we still living in a confusing and outdated view of what work is?

Which is a problem I blame what is now known as “white feminism,” because it was the breed of feminism that suggested that women “be just like men.” Women have been trapped in this type of “equality” ever since. Instead of accounting for and daylighting all of the invisible household labor and childcare that women do, women continue to measure their self-worth and value on metrics that do not apply to them or the type of work they historically did and still do.

What I believe was supposed to happen was that we were going to rally for why women should be afforded the choice to pursue her life as she wishes, with the freedom like men to decide whether she will opt-into domestic life or not. To be entitled to an education, a vote, rights to property, and the right to work. But what actually happened—and the way this transpired—was a complete EFFING DISASTER. They put down what was traditionally women’s work and placed “paid-work” (aka: men’s work) on a pedestal.

This is not to ignore the ongoing battle between “stay at home” moms and “career moms” for first place in the Best Type of Mom Competition. It’s to say that this is why the battle exists in the first place and it’s a profoundly stupid and dangerous battle.

While we’re fighting against each other, we’re not actually seeing the bigger picture.

Paid work was seen as real work. Legitimate work. Fulfilling work. It’s right here in this sentence: Women should be able to do “more” with their lives than “just be a housewife and mother.”

Whether you choose domestic labor or opt-out of it, you are certainly not better than it. What white feminism failed to do that it should have was elevate the domestic sphere. In trying to “prove” women can “do anything men can do,” white feminism inadvertently promoted the very ideas it sought to dismantle.

There are very rarely people who don’t work. But there are an enormous number of people who aren’t paid for doing work.

We see this effect in action today when we boast of girls who are into legos and schools that have STEM programs. It’s ok for “girls to be into boy things,” but boys cannot be into “girl things.” The second anyone socialized as a boy (cis or trans) loves musicals or wants to play with a kitchen set, we are “worried” about him. Boys are supposed to enjoy toys that are violent, traditional, and masculine—things like cars, trucks, guns, alligators, rocket ships, trains, and dinosaurs. They are NOT to debase themselves with things like dolls, unicorns, cooking, or cleaning.

This is not equity. This is a division by sexes, with one sphere on a pedestal. Until our children are shown that cooking, cleaning, and caregiving are on par with economic work, and respected as much, we’re not fixing this problem. Because any boy who isn’t allowed to play house or babies grows up to be a parent who doesn’t either. A boy who is mocked for cooking and cleaning grows up to be an adult who treats these things with contempt.

We cannot move forward if we continue to devalue what is traditionally considered women’s work and insist it is not work but “a labor of love” that a “good mother” does willingly and voluntarily, as penance for “being supported by my husband.” 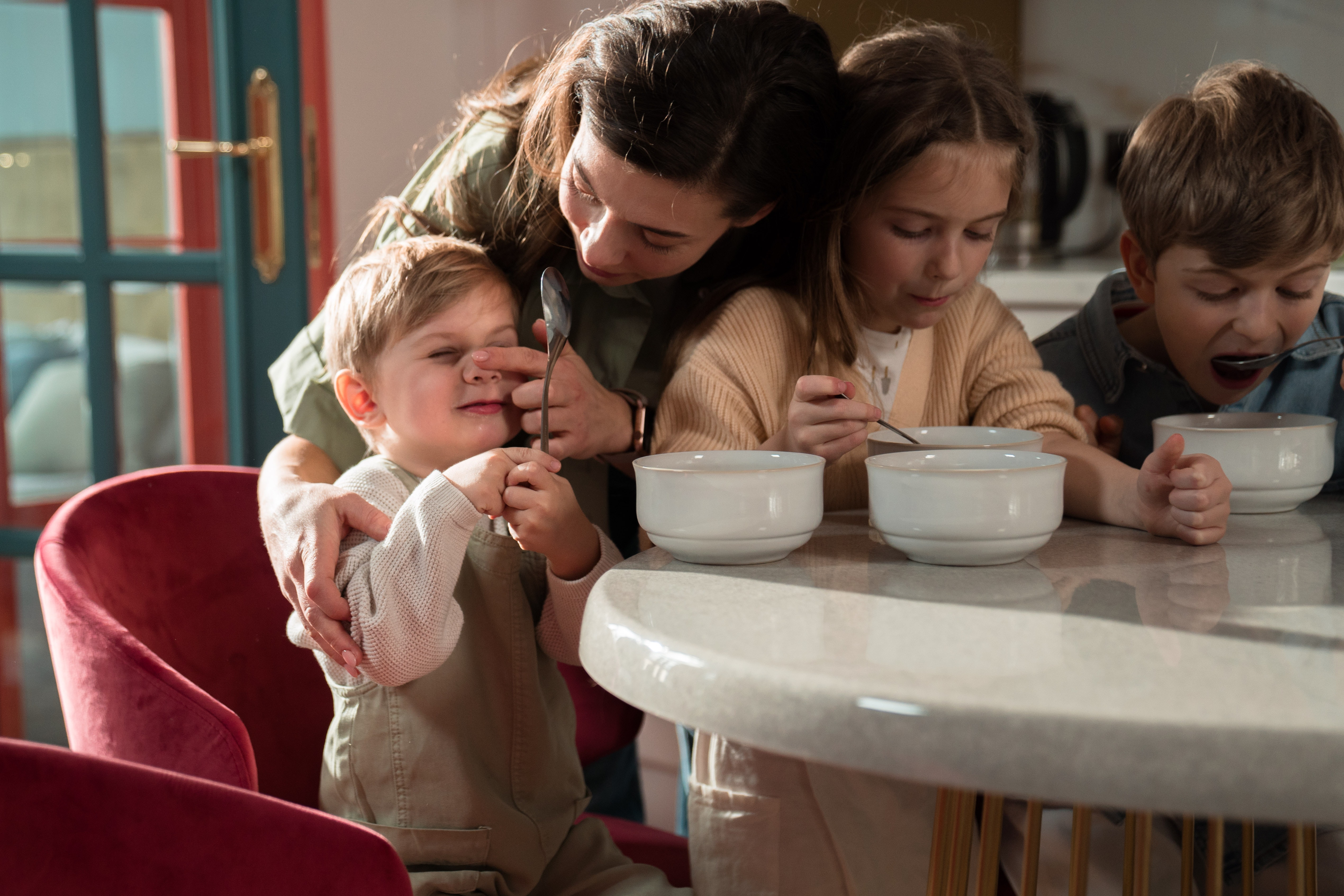 We cannot move forward if we continue to devalue what is traditionally considered women’s work and insist it is not work but “a labor of love” that a “good mother” does willingly and voluntarily, as penance for “being supported by my husband.” That isn’t a partnership. That is extortion. This is the free labor of women to support the roles of men, full stop. Even if you love what you do, and you feel fulfilled by it, it doesn’t mean it should be invisible or free.

In 1870, the United States decided to shift our census from households to individuals. As part of this change, alongside the movement of men to work in industrialized factories, men’s (but not women’s) work was now tallied and accounted for—making the family’s money now his money alone. By 1900, women and children were newly classified as “dependents.” And when the system of GDP was created, the men in charge debated including women’s labor and work. They determined it was “too hard” to account for the work of the home, and purposefully excluded it from our economic tally. As a result, virtually all of women’s work was dismissed as irrelevant and made invisible.

“Wives are the only workers in the economy expected to work for no remuneration.” — Ann Crittenden

The primary units of our economy are skilled, productive workers—precisely the things that caretaking creates, because children become these skilled workers when parents bring them into society. As it stands, women create the backbone of the economy, raise them, perform labor for decades, and are never compensated.

To reiterate: our GDP is a made up number to estimate how much we work as a nation. From the beginning, we willingly ignored the work of the home and of raising children. This was not an accident or an oversight. For more on this, read the incredible book by Ann Crittenden: The Price of Motherhood.

Until we treat domestic labor with the same reverence as we do “real work” we will remain in this cultural culture-de-sac we inherited from our predecessors. For as long as we believe mental, emotional, relational, familial, and psychological work is not “real work,” we will continue to perpetuate the very status quo we seek to dismantle.

So, to the next person who asks you, “So… do you work?” please hand them this essay. Remind them that there are very rarely people who don’t work. But there are an enormous number of people who aren’t paid for doing work.

Margo Aaron is a recovering academic, accidental marketer, and full-time writer. She likes to get to the heart of the matter over at That Seems Important. Her newsletters are some of the best on the web. 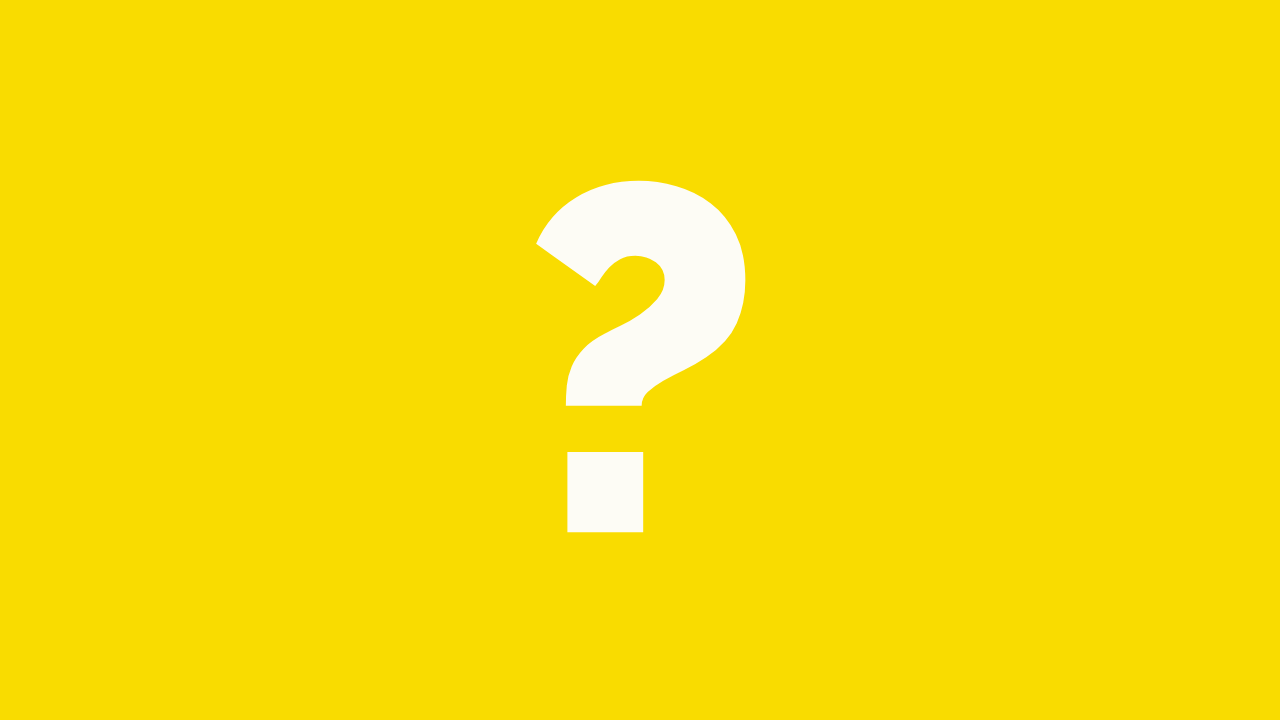 JOIN THE CONVERSATION 🗣 What are the things you do that don’t count as “work”?

We’d love to hear from you! What are some of the things that you do that aren’t recognized, accounted for, or paid? Join our discussion forum on what counts as “work,” and read what others have to say all about the invisible load. Click here to share your story.