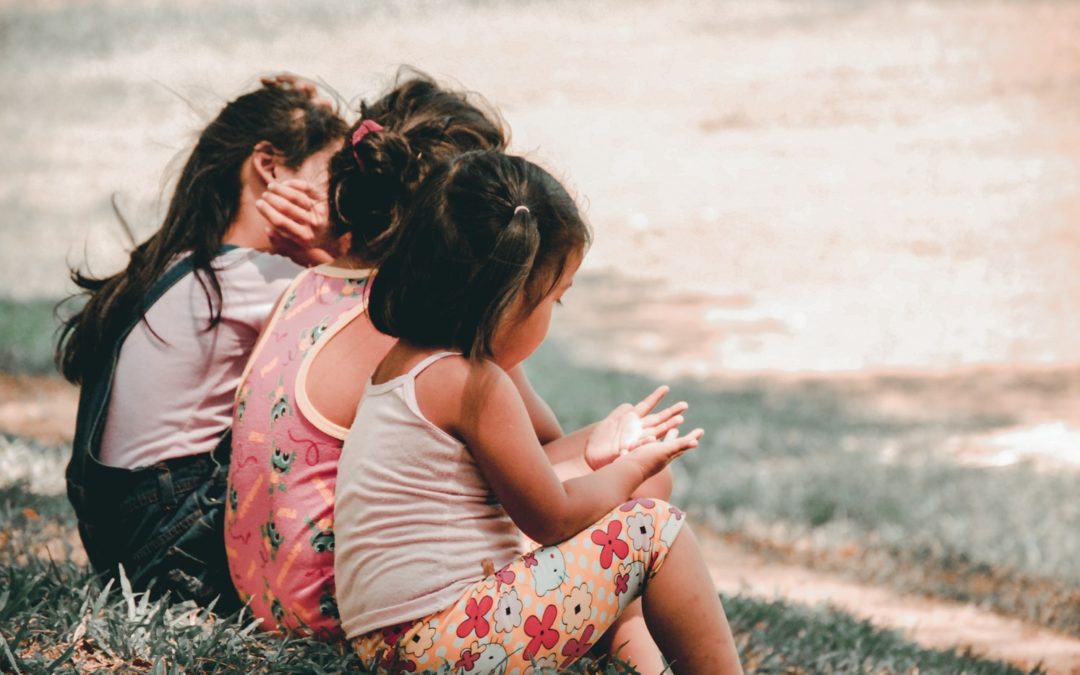 When I first got started in the world of blogging and online marketing, I went to twelve conferences in one year. I had to double-check my calendar at the end because I was kind of shocked by how many I’d gone to—it wasn’t necessarily in the plans, but I just kept feeling like it was the right way to get my feet wet, to network, to meet people. The appeal of meeting people, being in the room with them, and connecting to new voices was not only inspiring—it was necessary for my growth.

That first year, I went to the World Domination Summit in Portland, Oregon (back when it was just 500 people!), I headed to Nebraska for Big Omaha, and I even flew to Costa Rica to hang with fellow female entrepreneurs for a week by the beach and in the jungle.

This, of course, was back in the days before I had kids, and getting on an airplane was relatively breezy.

So much has changed since then. Getting on an airplane is a bit harder, schedules require a lot more work, and there are at least three other people I need to confer with about where I’m heading and when. But! I still manage to do it from time to time.

How do you get in the room with the fancy people?

So often I see people plotting out conferences and lining up after the talks to meet the speakers. The crazy part? They will stand in that line and never say hello to the other people in the very same line.

As though the other people aren’t there, or aren’t important. Only the speaker, the anointed one that has ‘made it,’ is worth talking to.

What they overlook is that everyone else in the room is the next wave of speakers, creators, and makers.

Want to know how to make friends with the person who is on stage?

You need to make a connection with them long before they become The Fancy Hot Shot Over There On The Stage.

I remember the first time I heard about one famous female speaker, and I so wanted to be her friend. Everything in me craved getting to know her, and her work, and to be besties. She had a ‘band group’ full of other buzz-worthy names. I was jealous, for sure. I wanted in!

Here’s the thing: to break into an existing group, to become a member of the band? That’s almost impossible. Someone has to leave. The piano player needs to be replaced. That’s nearly an impossible social ask, and a once-in-a-lifetime opportunity.

The thing is, it’s hard to join an existing group. What people forget is that you can start a group on your own.

Look around you. Pay attention to the people around you, doing the work, digging in, building. Those are the people that are going to grow into the nation’s next leaders.

Rather than be jealous of the mastermind that already exists, make one of your own.

This is exactly what happened for me. I started my own mastermind, with a small group of people, in 2011. Then, in 2012, I joined a ‘freedom crew’ and we kept each other updated over the year ahead about what was coming. Since then, I’ve always been a part of at least one mastermind every single year, digging in, doing the work, meeting new people, and supporting each other throughout it all.

You don’t make friends with Hilary Clinton when she’s “HILLARY CLINTON.” You make friends with her when she’s 18 years old and you’re in college together. Or you’re 25 and you’re both clerking in a law firm, or filing papers for a more senior-level senator. If you wait until she’s who she is today, you’ll never get past the hundreds of gatekeepers, and that’s even if you have at least a half million dollars to spend.

What people misunderstand about networking is that they think they have to ‘get to’ the highest person in the room, or the most famous person, when instead you want to be finding people at your level and elevating each other along the way.

The way to network? Grow it now, before you need it. Invest in other people who are doing work that you admire, that you believe in—that are in the same space as you—so that you have actual, genuine friendships and connections that build and grow and deepen over time.

Listen, this mastermind is a steal. People ask me all the time how I am so well connected and why I know so many people. Honestly, the truth is that I go to a lot of events, I meet a lot of people, and I try to form genuine connections with the people around me who I find interesting. I don’t judge them on their status or the work they’ve done in the past, or the role, or “what they can do for me.” Then, after we form a truthful and honest connection, what naturally comes up next is a desire to help and support each other. We’re just people, connecting to other people.

In my 2019 mastermind, I’ll have a half dozen (or more) guest teachers come in to chat, connect, and teach their areas of expertise to the group. There will be voices in the room that you won’t have access to, conversations we’re having for just this group. I’m going to record a series of 1:1 conversations as a private podcast with guest speakers for the group, and they’ll be answering questions that you bring to the table.

But you need to be in the room. (In the room where it happens.) Yes, that was a Hamilton song drop. But back to the point of this blog post:

One of your jobs is to connect with other people and build your network before you need it.

Don’t wait and try to connect to all the famous people “once you’re famous,” or put networking as something that will happen later, when you’re better or more rehearsed, or what, more capable? You are capable right now. Connect to people at your level right now and grow along side each other. Help each other. Being around other people, in fact, will help you grow more quickly. That personal growth? It will fuel new sparks and connections with people in the arena with you as you grow.

The mastermind that I’m creating this year is a space for 40-60 people, approximately (it depends how many applications we get each year, which always depends). I’m curating a room of interesting, dedicated creatives, entrepreneurs, builders, and leaders. These are the next-level leaders. The Hillary Clintons of the future.

Come join us in the room together and genuinely and honestly lift each other up.

Now’s the time. Not ten years from now.

This mastermind will be best conference that you never traveled for, because airplanes are over-rated and as a parent, I just want to meet tons of people but also get home in time for dinner. This will be the greatest conference where you never even booked a hotel room nor stepped foot into yet another non-descript hotel ballroom, because we’re 100% virtual and you can do it from home in your pajamas.

That’s right. Come join us at the Wise Women’s Council in 2019 and make sure you apply before February 15th to be eligible for the early bird discount (a $600 savings off the regular price of admission). We want you in the room.