Pregnancy is So Short, So Fleeting (I Promise)! 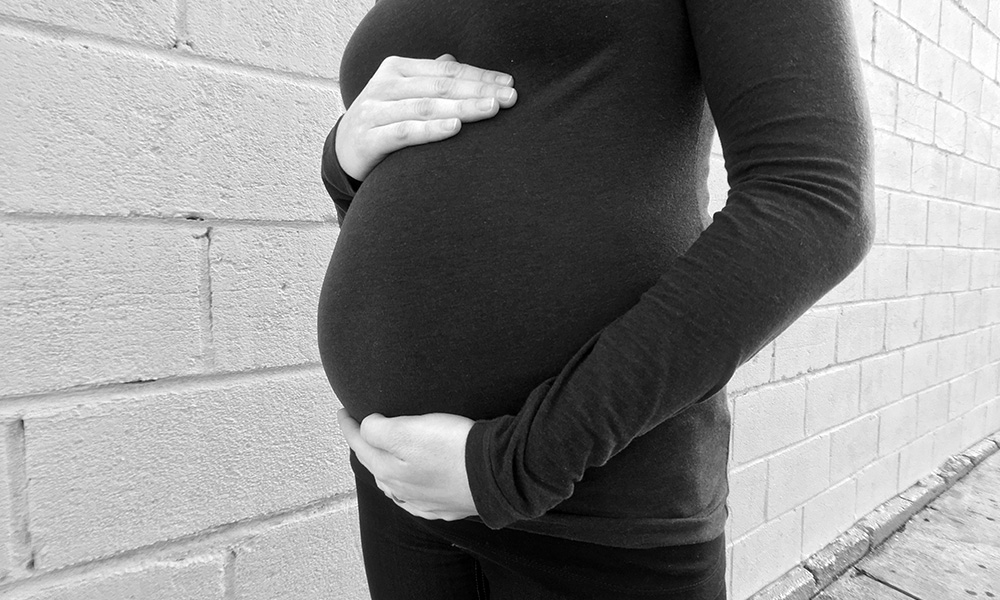 Even though dragging myself out of bed and dealing with morning sickness does not make it fun to keep up with my writing habit, I also know that these feelings are fleeting. They won’t last forever, and I want to capture them while they’re here, so I can remember what it’s like.

I have no idea how many kids we’ll end up having. Alex and I have ideas for what we think we want, but then there’s what happens in reality. Knowing that the future is always uncertain makes me recognize that despite our best plans — there’s a possibility this may be the only time I’m ever pregnant. For whatever reason, I may only have this one time. I use this realization to remember to cherish right now, however many extra hormones it includes.

It seems like time is moving so slowly, like I’m muddling through a vague fog of fatigue and barfing, and yet everything is moving so quickly. I’ll be a hormonal messy pregnant mama-to-be for about four more months, and then… I’ll be a mama. And I will have crossed the threshold from independent lady to parent and the rest of my life will be different. Time moves forward.

As Rachel Cusk writes in A Life’s Work, a documentation of the gravity of pregnancy and becoming a mother, these thoughts and feelings around pregnancy only last for a brief moment, and then they disappear.

“My desire to express myself on the subject of motherhood was from the beginning strong, [but]… a few months after the birth of my daughter Albertine, it vanished entirely,” she explained, and while she had the urge to write this book, she lost it after she gave birth for the first time. And so, “I wrote this book during the pregnancy and early months of my second daughter, Jessye, before it could get away again.”

She writes in a manner I find refreshing and real. I tend to prefer books that are honest about depression, loneliness, philosophy, and struggle — a book that says pregnancy and motherhood are miracles and the best thing on the planet would be chucked out the window as fast as I could waddle over to the window to throw it.

In her cataloging of the process, she talks about the dark side of pregnancy and how having children affects your identity, your ability to work, and your relationships with people around you. As a novelist, she confesses that this type of open disclosure is often too much for her: “I have merely written down what I thought of the experience of having a child in a way that I hope other people can identify with. As a novelist, I admit that I find this candid type of writing slightly alarming.”

The book is not a tribute to the glory days of motherhood, but a frank assessment of what might be to come.

“I am certain my own reaction, three years ago, to the book I have now written would have been to wonder why the author had bothered to have children in the first place if she thought it was so awful,” she confides, and I find myself feeling a wash of relief to hear that someone else has catalogued and documented the array of complexity around how it feels to enter into parenthood.

For parenting and motherhood is not always easy. And the burden is largely on women, despite how much our society is changing, we will still hold the biological accountability for bearing and bringing to life new human beings.

“Women must and do live with the prospect of childbirth: some dread it, some long for it, and some manage it so successfully as to give other people the impression that they never even think about it. My own strategy was to deny it, and so I arrived at the fact of motherhood shocked and unprepared, ignorant of what the consequences of this arrival would be, and with the unfounded but distinct impression that my journey there had been at once so random and so determined by forces greater than myself that I could hardly be said to have had any choice in the matter at all.”

Across the experience, as my life shifts, I am reminded from Cusk to write, write, write.

Don’t stop writing. Document what I’m feeling and thinking, and explore inside of the feelings that shift and grow across my time becoming a parent. Watch as this landscape of emotions shifts and moves month over month, minute over minute. Capture the range of expressions and they come and go. Explore what it means to be this person, in this moment, right now.

To write about what is happening is to validate your own thoughts and emotions. I attempt not to layer judgment on top of it all, but rather, to examine what arises. What fears do I have about what’s to come? What societal rules and norms do I feel guilty about breaking? What decisions am I making and how are we embracing (and deciding) who we want to become next? What is it like to be this person, in this time, in this body, right now?