How We Fail Our Friends The Most 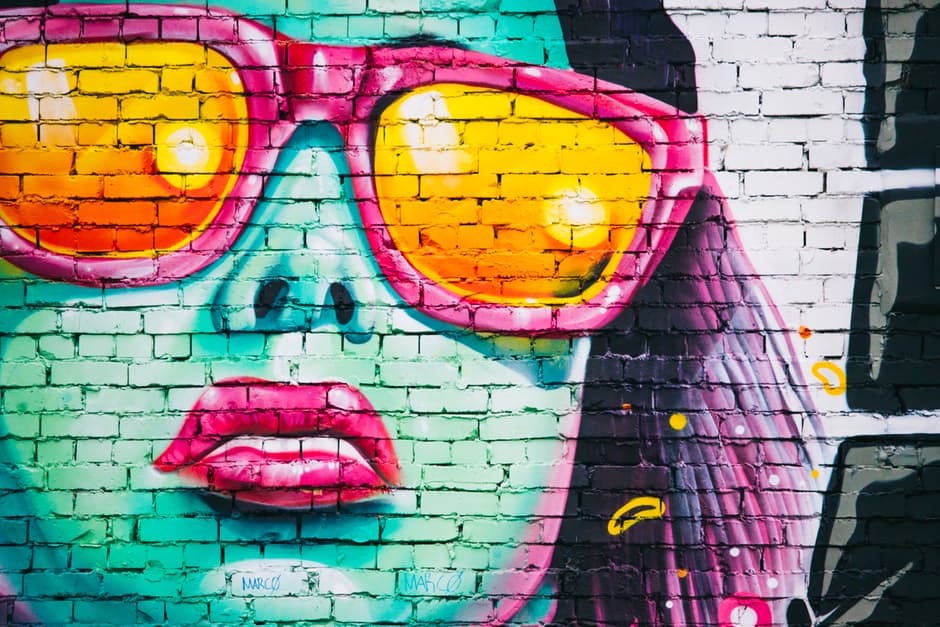 There is one thing that has disappointed me more about motherhood that I’ve been struggling to to put into words.

It was 10 weeks after I’d given birth to my first baby.

I was still swollen up by 18 pounds, larger than I’d ever been (sans pregnancy), and my extensive stitches were just beginning to heal. I’d been walking, slowly, around the parks and neighborhood, but hadn’t properly started to exercise again. With the size of my new breastfeeding boobs, and the painfulness of feeding an infant, I wasn’t planing on running again anytime soon. Too bouncy, too floppy, too—ouch. That was out of the question.

I got a call from a friend of mine, “We’re having a dinner, want to come?”

Part of me wanted to get out of the house, to see people, to say I was back, to be alive in my own self again.

But if you have a new baby, you know that dinner is the most impossible time in the life of a brand new baby. It’s the time you’re ending your day, weary, facing a night of more non-sleep, trying to take this crying thing and soothe him to sleep. You bounce, rock, cajole, sing, swaddle, shush, and soothe your little one to sleep and then try to make your own escape into slumber shortly thereafter.

And, if you’re a breastfeeding mama, your boobs go into “cluster feed” mode in the evening, where your little one starts to eat in rapid succession so he can sleep for longer stretches at a time. In many respects, it’s a great thing because if you feed round-the-clock for three hours, then you get a five-hour break to sleep a bit before hitting the clock again the next day. Thank you, nature.

But despite the challenge of night time, I was tempted. I wanted to see my friends, taste the world, remember what I was missing. I wanted to go out, at least once, and ease my way back in. Part of me also wanted to be “the Cool Mom,” the one that made it out postpartum like it was no big deal. My ego was shameless; she wanted to be thin, athletic, energetic, and easy-going like this, too was not really a big deal.

The timing was tricky: 45 minutes on the subway, plus 45 minutes back, meant I could probably stay out for an hour in between. I started meticulously planning and figuring out when I’d sleep to make it work.

My baby was ten weeks old.

He wasn’t sleeping through the night, and neither was I. Leaving the house, moving around, planning and scheduling: this was a treat, a chore, a move of great work.

“Great,” I replied to my friend. “I can be there at 6:30, but I need to leave promptly at 7:30, so I’ll just be there for an early happy hour and I can catch up with you all pre-dinner. Maybe you can all do dinner afterwards together!”

And one by one, every person on the invitation started to post messages, delays, and notes of apology on Facebook.

“Ah, I’m working late tonight, going to have to cancel.” (This one was sent 5 minutes before the dinner.
“Hey guys, what’s the address again? I’m on my way!”

I sat at the bar by myself, — not sleeping, not eating, not being with my baby or my husband or resting or pumping or nursing — until 7:15. Not a single person showed up.

I apologized, tearfully, to the host of the restaurant for the gaping void of an 8-person tabe at the center of the room.

Not all was lost, I mean, I read a book, I savored the time I had by myself, I found a way to make it work.

A few minutes before 7:30pm, one person showed up. I kissed her on the cheek, we caught up for a few minutes, and I headed out the door. 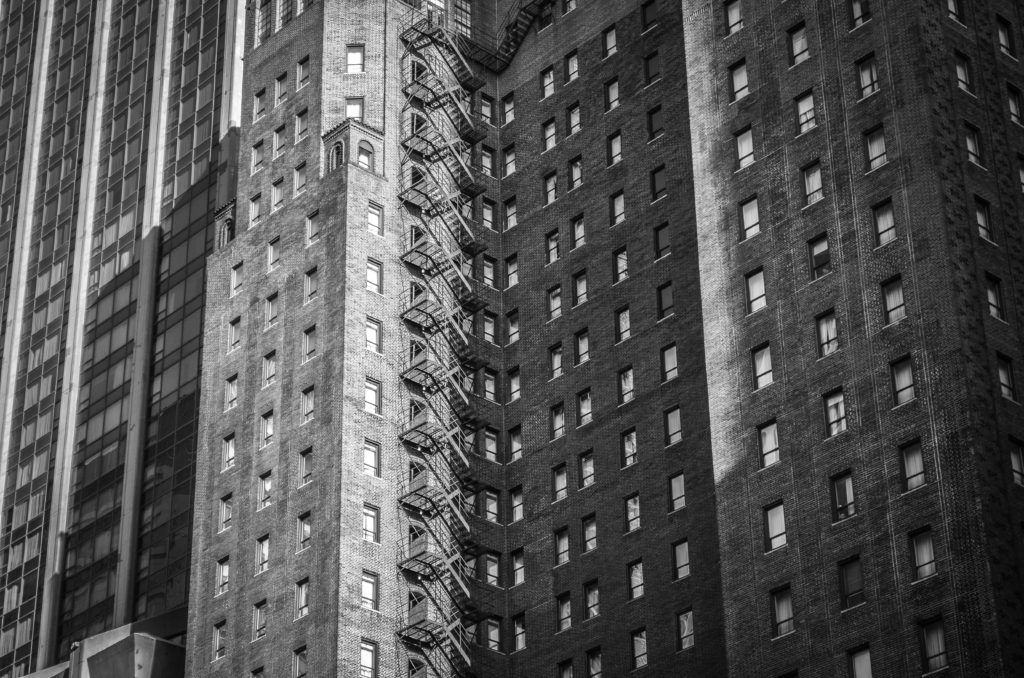 Motherhood revealed to me a shocking callousness in our agreements to each other, in how we show up, in what we say, in what we commit to. When time became precious, and minutes became real, I realized how many people would tell me vapidly that they’d show up, and never do it.

Lest you think this is an essay about motherhood, and that this essay is just for moms and parents—it’s not. It’s exactly for all of us, from the CEOs to the men to the non-parents.

The sting of the chain of broken promises sank like fish-hooks in flesh, rusting, rotting.

My baby is one now, a toddler, and there are still people that have lent me their intentions time and time again and promised to show up, yet haven’t seen me in more than a year.

What are we doing?

Let’s go back in time.

I used to work at a startup in tech manhattan. Black clothes, jeans and hoodies, new clever slogan-soft-shirts on the daily. I’d cram onto the C train or the F train, stop by Whole Foods, pick up food for the office, meet the boys in the apartment on Great Jones, hang out near NYU, be like the cool kids in NoHo. My startup boss wrote an essay about how he slipped drugs in people’s drinks at college parties back in the day and now feels a little guilty about it.

That was the scene.

Startup scene and Manhattan 20-something life has an atrocious attrition rate. Event planners are constantly over-selling events because they predict that only half of people will show up even when they RSVP. If it’s raining, that number gets cut to 25%. Which means half of the people around you are not impeccable with their word, they are sloppy with their word.

It’s the era of friends that say “we should hang out soon!” and then massively don’t follow up. In a time when we’re collectively outraged that United dragged a passenger off a plane because people consistently bail and don’t show up for things, whose fault is it really that the airline had to over-book their planes?

It’s a massive stalling and puttering out of actual attention and follow-through because we have too many friends and too many events.

Or: we don’t know what we want so we nervously commit to everything, scared of missing out. Scared of standing for something.

Or: we don’t pay attention to the words we use, the words that tumble out of our mouth, how the things we say, you know, actually matter.

My friend RSVP’d “yes” to an event.

I called him out on it, “how can you possibly attend? You’ll be in Berlin?”

I forgot I was traveling around the world and thought, hoped, wished I could be in two places at once. Maybe three or four, because I don’t know what else he also said yes to. 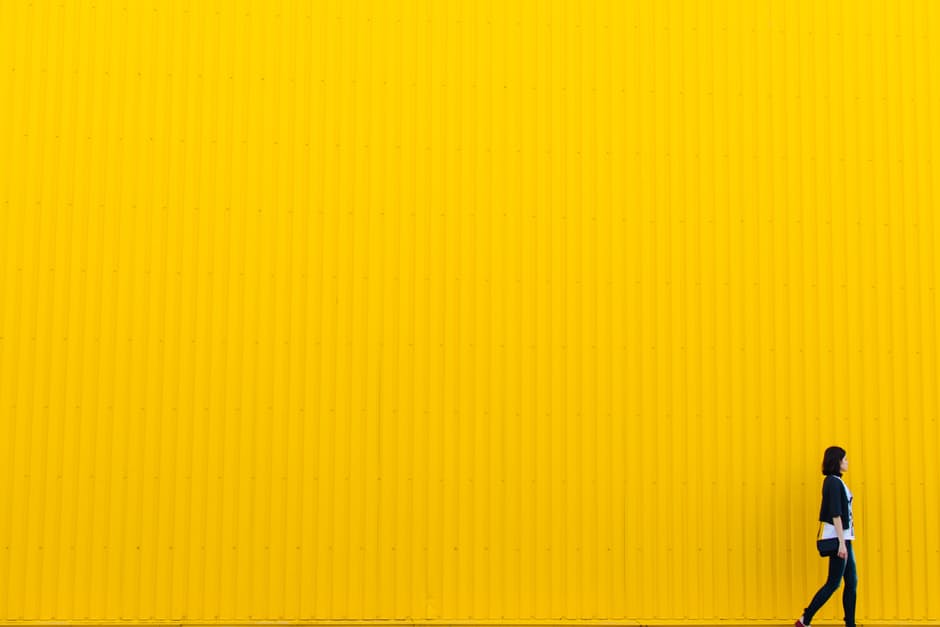 Maybe it’s because we’re afraid of saying no.

The moments between birth and re-entry into the world you knew before is like the bottom half of the clock on the Hero’s Journey, except that time has slowed and warped and become an entirely new dimension.

Moments become years, and weeks stretch out into a fluidity of non-thought. Time is not the same.

It’s true for people who are aging, who are injured, who are sick, or who are undergoing extreme changes in their lives.

I don’t have a conclusion here — that will come, in future writings, I imagine — except to say to all those broken promises: if you tell me you’re going to show up for me when I’m in those fragmented, awful, magical weary weeks of postpartum rebirth, it is, to use the colloquial phrase, “not cool.”

But more than that. It feels like a stabbing of flesh, a puncturing of my lung, an equivalent emotional pain like the ripping of my body in childbirth. Just when I want and I need you the most; when my broken body and blistering nipples feel the craving for companion and support, when my heart doesn’t know who it is, when I’m struggling, as a brand-new person, attempting motherhood for the first time, trying to be someone I’m not and haven’t been, learning steeply and sharply — this is the time when I’m craving for a collective community network of people to tell me, “yes mama, you can do this, this impossible thing, you’ll be okay.”

When you break that promise to me,

— when you don’t show up for each other — for me, for yourself even —

I’ll use another colloquial: “it really fucking sucks.”

And if I can ask that you, if you read this, if this is you, try, please, to mind your words, just a little more carefully, especially to those new mamas, because we’ve slipped into a time vortex that’s spinning at a different equilibrium.

Show up when you’re going to show up.

Do what you say you’re going to do.

Mean what you say.

Integrity matters, more than ever. It is the foundation.