Do You Believe in Your Inner Creativity? 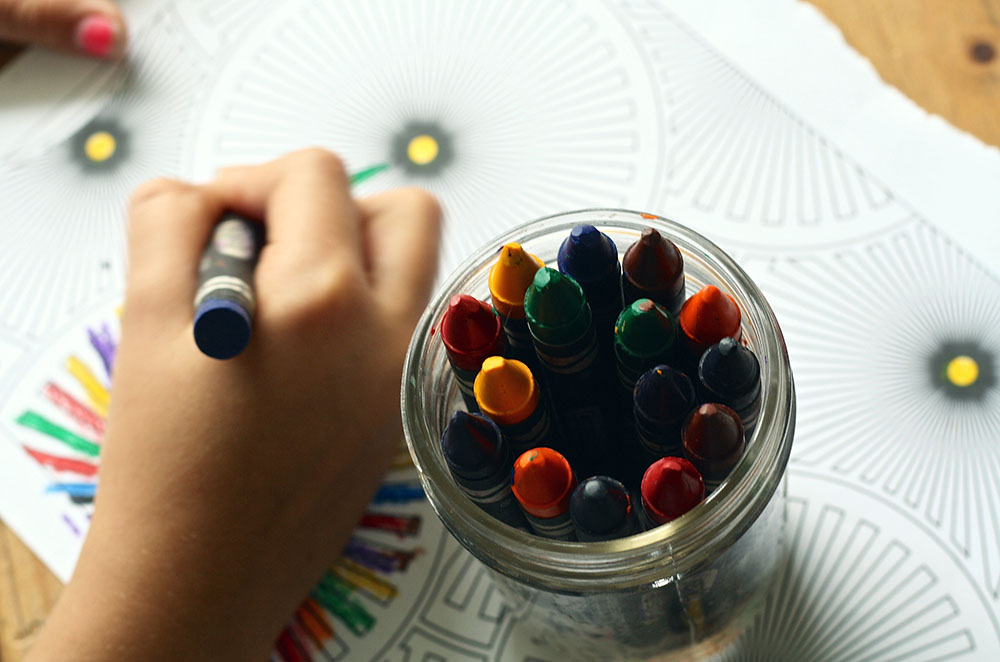 I have a confession: I’ve never thought of myself as a very creative person.

When I was younger, and people would insist “but you’re so musical”, my response was always, “yes, but I’m a very technical musician”. Not a lot of value was placed on being creative in the pragmatic world I grew up in, so I learned to dismiss those qualities as peripheral.

Once I married my husband, I thought of myself as even less creative. He was so blatantly, overtly creative in all the stereotypical ways. He could draw, write, sing, orate, design — all with effortless ease. I wasn’t anything like him, so I naturally concluded that I was most certainly not a creative person. This made me focus even more on my analytical qualities; my productivity, my efficiency, my ability to multi-task. These became the bedrock of my career in real estate, and I felt like I’d really found myself, like I was really thriving.

Over the years, I shut myself off from the creative voice and any of my old creative habits. Music started to take on less of a role in my life; the piano Grandpa bought us getting less and less use. Sometimes I would feel disappointed that this part of me had drifted away, but it also made sense — “I just wasn’t that creative.” I’d read through old poetry or songs and shudder.

Sometimes I would feel disappointed that this part of me had drifted away, but it also made sense — “I just wasn’t that creative.”

My son, now 7, turned out to be a lot like my husband. His creative, imaginative abilities are very evident: He loves to build, to draw, to create. His days are filled with following his mind and his hands from one conceptual idea to another, never questioning his creativity or whether his ideas are worth exploring.

Over the last couple of years, as I have considered and pursued the dream of being a writer, I’ve had to re-engage with my notion of creativity. Until recently, the extent to which I had accepted my creativity was in understanding it as more of calling — something I needed to do whether it came naturally or not. I’ve experienced a lot of fear around feeling like I’m not a creative person, like I’m out of place in my family, like I’m just different than these people that I live with.

I’ve experienced a lot of fear around feeling like I’m not a creative person, like I’m out of place in my family, like I’m just different than these people that I live with.

In fact, I sometimes feel a lot of anxiety — almost embarrassment – about what it looks like to build creative habits and rituals that feel forced in comparison to my perception of the easy, natural creativity that flows out of my husband and son. They just see the world a certain way — and from the perspective of creativity, I have believed the way I see the world to be inferior.

As I’ve learned to re-negotiate with my beliefs about creativity, this is the one I’ve had to wrestle with the most — this idea that creativity looks a certain way and that I am outside of that world. The way my son engages with the world was once the confirmation that I was not a creative person, and is now slowly becoming my manifesto for why we are all innately creative.

Because when I watch my son, his creativity isn’t actually any more innate than mine. He’s just so much more attuned to it — and so much more immersed in it. As an adult with all the cares of the world on my shoulders, creativity (principally, taking the time to write) is an activity that I have to work myself up to. Everything has to be just right, the emails have to be answered, the families needs met, the house picked up. Then, just maybe, I’ll be able to get my head right and get some words on the page.

But for him, creativity is not something he has to set time aside for. It’s not something he feels like one day and not the next. He doesn’t get out of practice with it. That’s because, in his world, it’s just about curiosity. Whether he’s building legos or a fort or caught in fascination of a tree or a forest or a creature, he’s just submitting to his natural curiosity. He can’t help it. He can’t even turn it off.

I won’t try and take any credit for this idea, or even the language: Liz Gilbert talks endlessly in her book Big Magic about the relationship between creativity and curiosity. In a recent interview she did with Krista Tippett for On Being (an amazing podcast you should listen to), she explores the idea of how much better curiosity is than passion. How much more kind, forgiving, constant. It makes sense to me. A child is not driven by the whims of something that grips them or calls them or punishes them. A child is driven simply by insatiable curiosity — to know and see and feel more and more and more. I think it’s as simple as that. Curiosity is the unconscious desire to experience something for yourself.

I think it’s as simple as that. Curiosity is the unconscious desire to experience something for yourself.

Obviously creative experience looks different for me than it does for my son. Even more so, creative output looks different. His job in life right now is to explore, to create whatever comes to him. I have themes and topics and an e-course to finish up. But what role can curiosity play for me? And how can it help me believe that I, too, am innately creative?

If I think of my own creativity as an outcome of the desire to experience something for myself, it changes everything. Instead of wracking my brain for topics to write about, I can simply focus on what it is that I want to understand. Instead of comparing myself to others and what they produce, I can explore the greatest ideas inside of me at this time and believe they are valuable, even if only to me. Instead of worrying about whether people will be interested in what I have to say, I can share from a contagious place of deep curiosity about the world.

This might mean drawing fewer lines in the sand and fewer conclusions overall. It will certainly mean spending more time exploring just what it is I want to experience for myself. Seeing the world through my son’s eyes is new to me, and honestly, I’m at the beginning of this journey.

As I write, our family is on a road trip sabbatical of sorts, a marker of transition for us in many different ways. I promised myself at the beginning of this trip (which is a very outdoorsy trip for us) that I would follow my son’s curiosity along with him whenever possible. What this has turned out to mean, more than anything, is not rushing. For my son, it’s not enough to stop and watch the turtles for a minute or two. We’ve got to explore every inch of that pond’s bank, figure out what makes these turtles tick, devise the perfect way to catch one. We’ve got to make bridges and lures and friends, and someday when we’re exhausted or the dinner bell is really ringing for real, it’ll be time to pack it in.

What this has turned out to mean, more than anything, is not rushing.

In those moments, I’m the one getting covered in scratches as I plunge through the bushes looking for the perfect stick. I’m not thinking about how we should really be getting back, how we had a lot else that we planned to do today. I’m not thinking about how my e-course keeps heading a different direction than I mapped out, or how I didn’t get a lot of engagement on that last post. I’m just genuinely curious about what we’re going to experience next.

I believe I am creative too.